At the heart of the play is fussy, cantankerous novelist Charles Condomine, who invites the eccentric medium Madame Arcati to hold a séance at his home to gather inspiration for his latest book. Despite initially thinking it was a failure, it becomes clear that Madame Arcati has unwittingly brought back Charles’ first wife, Elvira, whose haunting attempts to disrupt Charles’s marriage to his second wife, Ruth. As the (worldly and otherworldly) personalities clash, Ruth is accidentally killed and joins Elvira to haunt the hapless Charles—bringing them to call upon Madame Arcati once again. 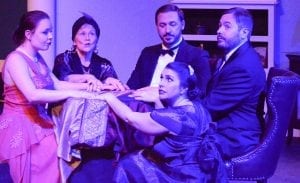 “There are certainly hysterically relatable themes and a timeless charm in ‘Blithe Spirit’,” said director Amelia Swann. “I hope this play brings a bit of much-needed levity with its light-hearted comedic twist on ‘til death do us part’.” 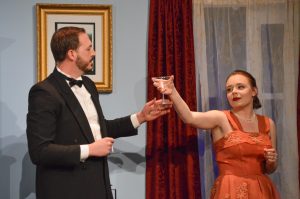 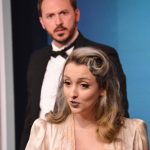