Sherlock is dead. Or is he? Watson must learn the truth. And the game’s afoot with twists, turns, and red herrings in one of the great detective’s most engaging mysteries. The world knows Holmes went over the falls at Reichenbach with his nemesis Professor Moriarty. But as Holmes’ body was never retrieved, many frauds, fakes, and charlatans have come forward since to lay claim to his identity, and it falls to Dr. Watson to disprove them. Then a telegram arrives informing Watson that three men, each claiming to be Holmes, have been committed to a remote asylum off the coast of Scotland. Now Watson must discover if one of the mad men is the real Sherlock Holmes.

“Having directed Sherlock Holmes plays before, I love that this one is completely different from what audiences might expect,” said director Mickey Mercer. “Instead of a book-lined study or the streets of London, we’ll be creating a dark, dank asylum and the tenseness of a film noir.”

Performances will be held at 7:30 p.m. Thursdays, Fridays and Saturdays and at 2 p.m. Sundays January 31 through February 16, 2020. Individual tickets are $20-24 plus applicable fees. The Friday, January 31 opening performance includes a post-show reception with the cast.

Tickets can be purchased online; by calling (928) 774-1662; or by visiting the theatre’s box office, which is open from noon to 6 p.m. Mondays, Wednesdays, and Fridays and two hours prior to each performance. 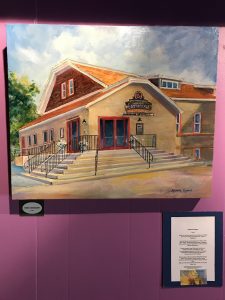 This painting by Roberta Rogers is currently up for auction. The value is $1,800, bidding starts at $450, and the silent auction ends on the closing day of Holmes and Watson on Sunday, Feb. 16 at 5 p.m. Visit our lobby during box office hours and see all of Roberta’s work hanging on our walls! 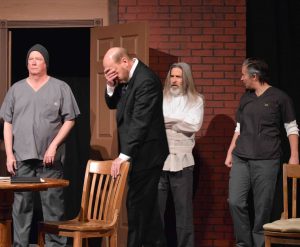 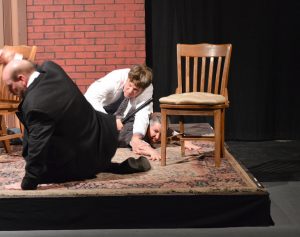 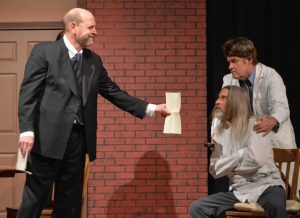 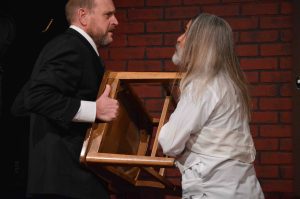 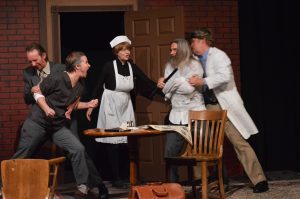 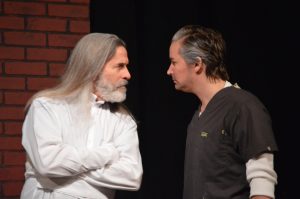 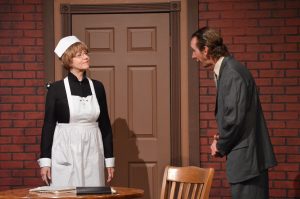 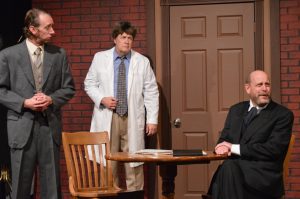 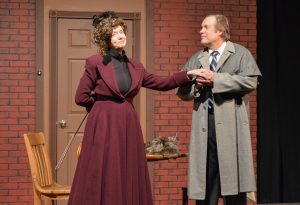