A young man’s sense of duty to his family clashes with his desire to strike out on his own and start a new life in the heartwarming comedy “Over the River and Through the Woods,” being staged for three weekends in October.

Nick is a single Italian-American from New Jersey whose parents withdrew from their familial obligations when they retired and moved to Florida. This evacuation leaves Nick—the only grandchild—on the hook with both sets of his grandparents. Without fail, Nick has an uneventful dinner with his grandparents every Sunday—that is, until he tells them he’s been offered his dream job as a marketing executive…in Seattle. Thus begins a series of schemes to keep Nick around (including bringing to dinner the lovely—and single—Caitlin O’Hare as bait) in this loaded-with-laughs comedy, directed by Mickey Mercer and Amelia Swann.

Mercer says the play is one that everyone in the audience will relate to. “There is the obvious conflict between the generations, then there is the story of family and its importance,” he said. “Watching Nick try to navigate this conflict is especially funny knowing we’re not the ones in the hot seat—but I bet most of have been at one point in our lives.”

Preview of the show in the Oct. 1 edition of the Arizona Daily Sun.

Tickets can be purchased online; by calling (928) 774-1662; or by visiting our box office, which is open from noon to 6 p.m. Wednesdays, Thursdays, Fridays and two hours prior to each performance. 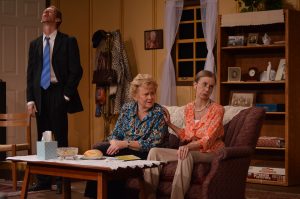 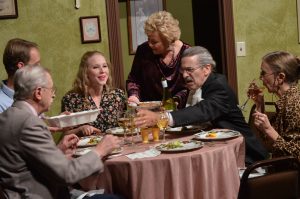